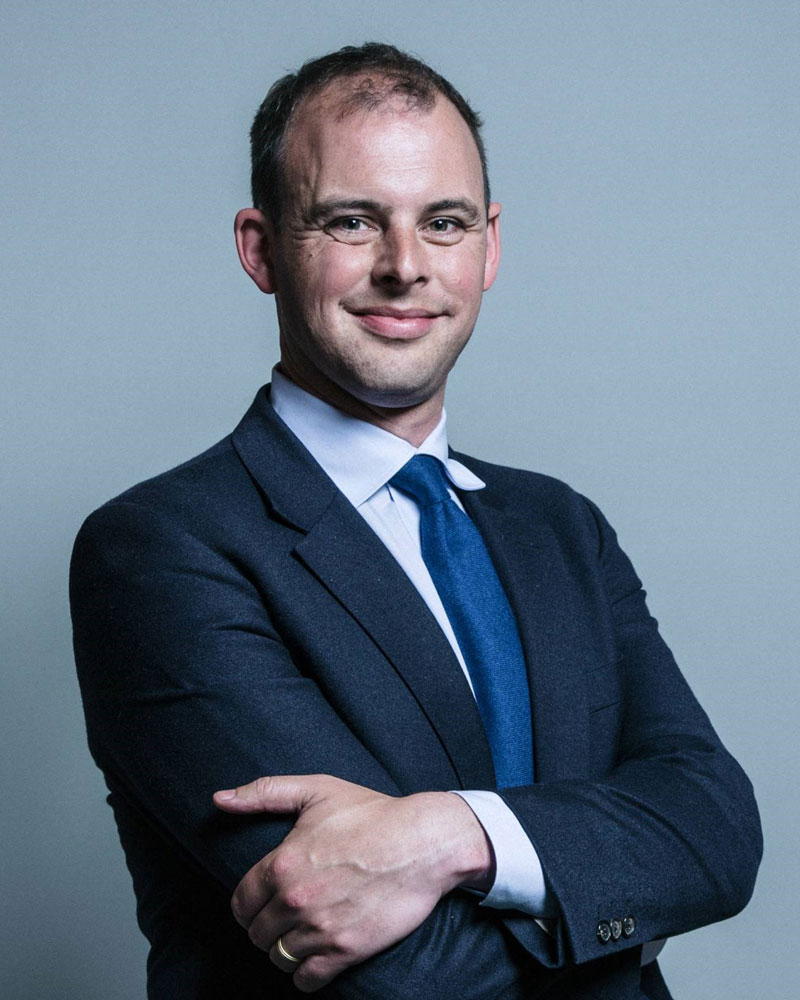 Matt Warman is the Conservative MP for Boston and Skegness. He was first elected as an MP in May 2015. Retaining the seat for the Conservatives with a majority of 4,336, he campaigned on a commitment to improve communication between Westminster and the electorate, and increasing investment in Lincolnshire’s roads, broadband and public services. In 2017 he was returned to Parliament with an increased majority of 16,572, and again in 2019 with a majority  of 25,621.

Prior to entering politics, Matt worked for the Daily Telegraph from 1999 until 2015, focusing for most of the period on technology, leading coverage of Facebook, Google and Apple, and covering the launch of products including iPhones, the BBC iPlayer and the Apple Watch, as well as interviewing key figures including the founder of Amazon, Jeff Bezos, and Sir Tim Berners-Lee, the inventor of the world wide web.

Matt’s mother-in-law worked for the RSPB at Freiston Shore and his father-in-law was a long-serving science teacher at Boston Grammar School. Matt and his wife Rachel have known and loved Lincolnshire for more than a decade and live between Boston and Skegness with their young daughter.